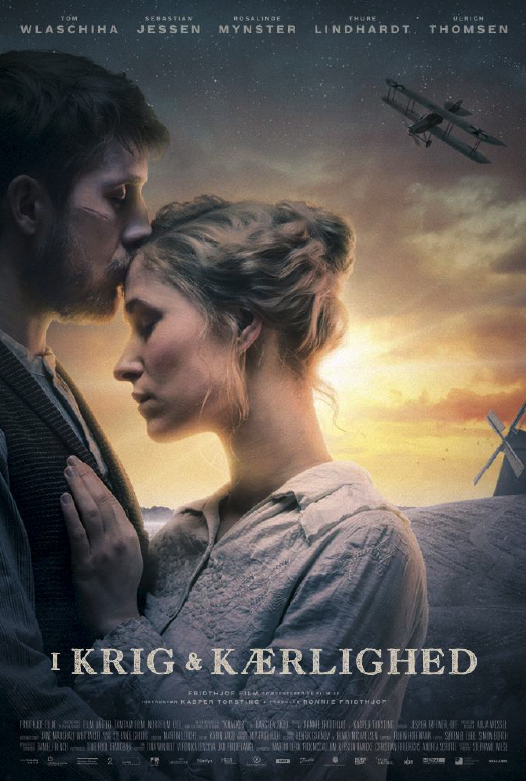 IN LOVE & WAR had its US Premiere at the Santa Barbara International Film Festival, January 31st. The audience was treated to a post premiere Q&A with director Kasper Torsting and producer Ronnie Fridthjof.

IN LOVE & WAR is an epic romantic drama based on actual events. It is the first Danish/German feature film set during WWI. The film is written by producer Ronnie Fridthjof and director Kasper Torsting, both of whom attended the US Premiere at the Santa Barbara International Film Festival. It is Kasper Torstings debut feature film. He is an acknowledged commercial and documentary director that recently did the prize winning TV-series “Ø” for Canal+ in France. Kasper has previously worked with Fridthjof Film and producer Ronnie Fridthjof on the Cannes winning documentary ARMADILLO.

IN LOVE & WAR has a solid cast including Tom Wlaschiha (Game of Thrones), Thure Lindhardt (The Bridge, Angels and Demons), Ulrich Thomsen (Banshee) and the leading stars Sebastian Jessen and Rosalinde Mynster.

Official Trailer for IN LOVE & WAR / I KRIG & KÆRLIGHED