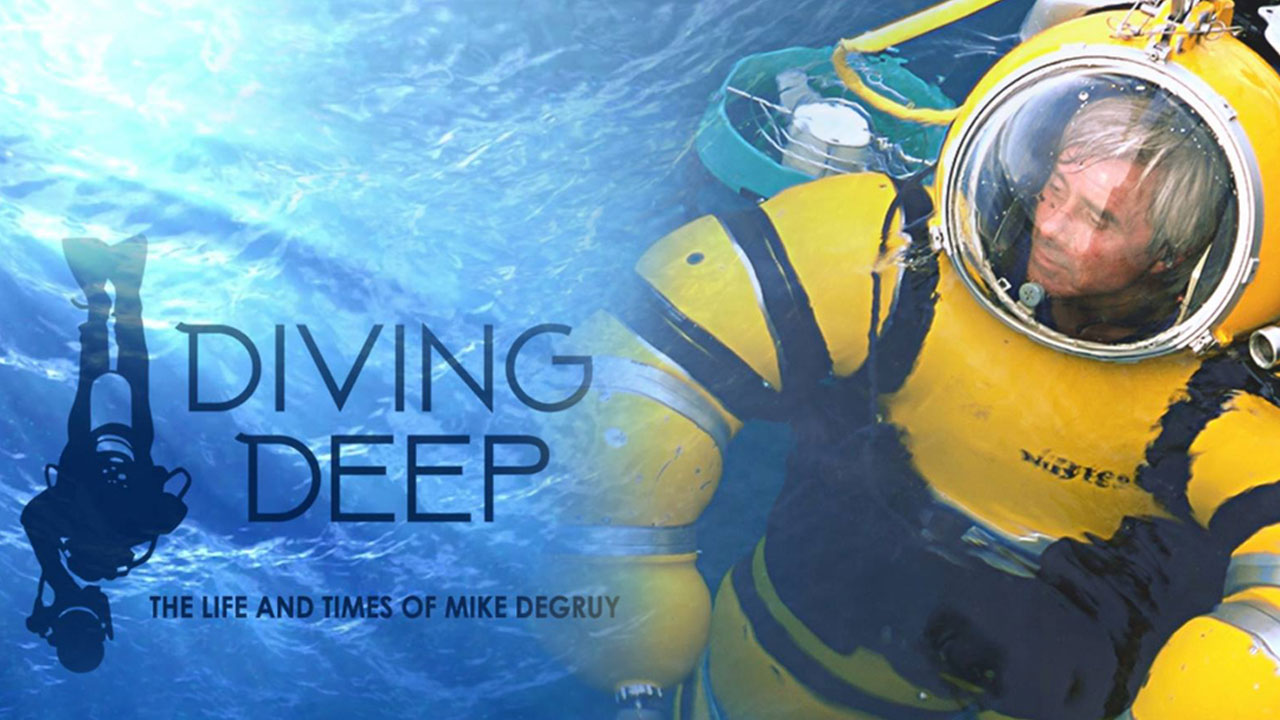 SBIFF 2019 will start with the Opening Night Film, presented by UGG®, on Wednesday, January 30, at the historic Arlington Theatre with the world premiere of Diving Deep:The Life and Times of Mike deGruy directed by Mimi deGruy.

Diving Deep:The Life and Times of Mike deGruy is a feature film documentary about Mike deGruy, an irrepressible biologist turned award-winning filmmaker who swam, dived and filmed in oceans around the world and in the process became the first to film many rarely seen creatures in their own oceans. He was also a passionate advocate of the ocean’s creatures and became increasingly outspoken as an environmental activist. In 2012, deGruy died tragically in a helicopter crash in Australia while filming for director James Cameron. Told through the eyes of Mimi deGruy, his wife and filmmaking partner, Diving Deep:The Life and Times of Mike deGruy celebrates deGruy’s remarkable life, career and what he passionately believed: we are destroying the ocean before we even know what’s there.
For more information, details, and clips visit divingdeepmovie.com.

Following the film, the Opening Night Gala, sponsored by Amazon Studios, will take place in the beautiful outdoor Paseo Nuevo Shops and Restaurants in downtown Santa Barbara. It will feature entertainment, food, libations, and a chance to celebrate the start of SBIFF.