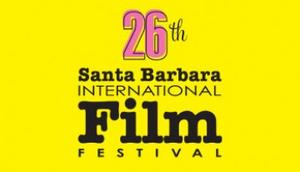 The SBIFF has become renowned for creating smart, insightful and informative panels that feature a veritable who's who in the world of filmmaking, including many Oscar contenders.

The series kicks off at 11:00 a.m. on Saturday, January 29, with the ever-popular "It Starts With the Script," screenwriters panel moderated by IndieWire'sAnne Thompson. The panel takes place at the Lobero Theatre and is sponsored by Pacifica Graduate Institute. This year's panel features Michael Arndt (Toy Story 3), Lisa Cholodenko (The Kids Are All Right), Charlie Mitchell (Get Low), David Seidler (The King's Speech), Scott Silver (The Fighter), and Aaron Sorkin (The Social Network).

The insights continue during the Fest's second weekend on Saturday, February 5 at 11:00 a.m. with the "Directors on Directing" panel, moderated by Dave Karger, West Coast Editor of Entertainment Weekly and sponsored by Fielding Graduate University. The panel takes place at the Lobero Theater. The Directors panel will be announced soon.

SBIFF will present a special panel...the first ever "Blogger's Panel: The Future of Film Journalism", comprised of some of the most popular pundits in the blogosphere who bring us the latest on the awards scene in the most accessible format possible: the blog. The panel will be held at the Santa Barbara Museum, Sunday, January 30 from 4:00-5:30pm.

The panelists include Scott Feinberg (Scottfeinberg.com), Pete Hammond (Deadline Hollywood), Steve Pond (The Wrap), Sasha Stone (Awards Daily) and Anne Thompson (IndieWIRE). Moderated by Peter Rainer, film critic for the Christian Science Monitor and KPCC/NPR host, they will engage in a unique discussion about the dynamics of this year's awards race and speak on the differing reactions to blogging had by film critics, publicists, movie stars and readers. The ever-expanding reach of new media and its influence on the film industry makes this discussion both interesting to audiences and essential for aspiring and established filmmakers.