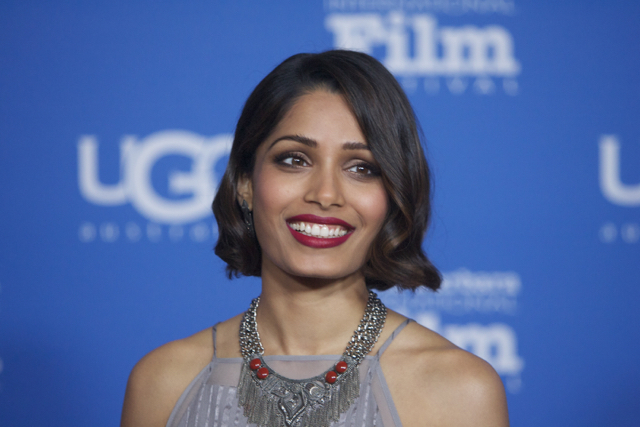 “Raymond has delivered an extremely timely and thought-provoking movie about love, truth and the freedom that comes from following your passions,” stated Roger Durling, SBIFF Executive Director. “What better way to kick off our 30th anniversary!”

Desert Dancer is a powerful and unbelievable true story set in Iran that follows the brave ambition of Afshin Ghaffarian. During the volatile climate of the 2009 presidential election, where many cultural freedoms were threatened, Afshin and some friends (including Elaheh played by Freida Pinto) risk their lives and form an underground dance company. Through banned online videos, they learn from timeless legends who cross all cultural divides, such as Michael Jackson, Gene Kelly and Rudolf Nureyev. Afshin and Elaheh also learn much from each other, most importantly how to embrace their passion for dance and for one another. Richard Raymond directs the film, which was written by Jon Croker, based on the life story of Afshin Ghaffarian. The film, starring Freida Pinto, Reece Ritchie, Tom Cullen, Nazanin Boniadi and Makram J. Khoury, will be released by Relativity Studios in select cities on March 20, 2015 and expanding on March 27, 2015. For more information about the movie, like them on Facebook at facebook.com/desertdancerthemovie.